h The Federazione Pagana was born with the overcoming of a problem: what is the Italian traditional paganism or religion?

The Italian traditional paganism or religion

The Federazione Pagana was born with the overcoming of a problem: what is the Italian traditional paganism or religion?

Religious history of Italy started far ago in the mists of time. Palaeolithic and Mesolithic cultures left great religious traces in burials and funerary equipments, like it happened in the whole Europe.

Those people coming 'from the sea' who invaded Egypt between XII and XII century a.e.v. came from Sardinia, Sicily and the Tyrrhenian Sea coasts. Then in Italy came the Phoenicians and around 1000 a.e.v. was the turn of the “italian” populations, included Euganeans, Venetics, Ligurians, Etruscans, Latins, Picenes, Samnites, Sicans, Bruttii and many others. Then Celts and Greeks (Pythagoras and Archimedes were from Magna Graecia) came.

At the end, it was Rome that, unifying the Mediterranean, brought in Italy the religions from the East. And it is from Italy that the christian horror started and ruined the whole world. These are the reasons why the Federazione Pagana didn’t choose a particular religious ancient tradition as a model, but tries to gather all the common principles that lay behind all those fragments of ancient religions that have come to us.

The Federazione Pagana so made this debate start in Italy: what religious principles do we practise and why? What does the emersion of ancient religions mean, in a christian hegemonic context? What is christianism and why are ancient religions antagonists to it? 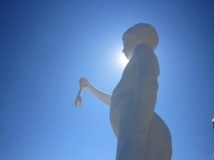 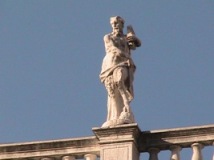 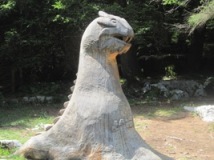